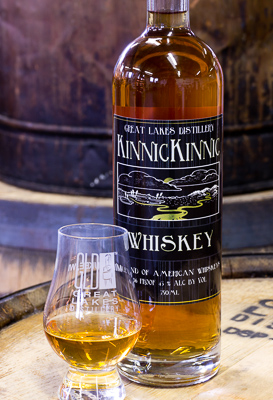 The World Whisky Awards took place March 21st 2013 in London, UK.  More than 300 Whiskies from around the world were sampled in three rounds of blind tastings. According to Whisky Magazine, Judges were drawn from the best drinks journalists and retailers around the world, with industry representatives made up of master blenders, distillers and brand ambassadors in the final round.
This isn’t the first accolade our Blend has won. In 2012 we won a Gold Medal at both the San Francisco World Spirits Competition and the Denver International Spirits Competition.
Many american blended whiskies contain Neutral Grain Spirit- this is essentially vodka. In fact the government allows as little as 20% whiskey and as much as 80% NGS to produce a blended whiskey.

Kinnickinnic Whiskey is different. It has NO neutral grain spirits and is a blend of three distinct whiskies including a Bourbon, Malt and Rye Whiskey. Master Distiller Doug MacKenzie painstakingly blends the product to taste in small batches of approximately 1000 bottles each.

Named for a Native American word translating to “what is mixed”, Kinnickinnic Whiskey is currently available in 23 states. It might be hard to find, but it’s out there- and we think it’s well worth the hunt!
More info on Kinnickinnic Whiskey here.
Competition/Award Info here. 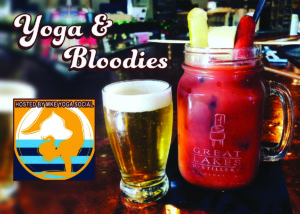