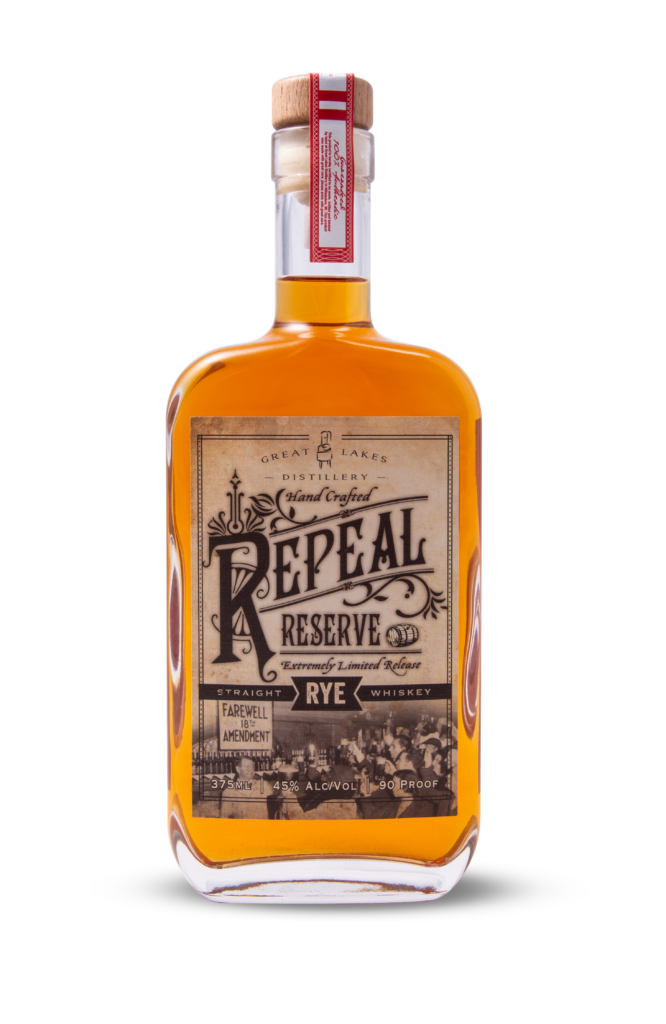 Celebrate the end of prohibition with this very limited single barrel, released every December 5th!

Released only one day of the year at only one location- December 5th at the distillery.

Years ago we began a tradition of celebrating the repeal of prohibition. As part of this celebration on December 5th each year, we produce one barrel of rye whiskey. 5 years later we release this exclusive single barrel rye whiskey.

After being under lock, key and bond for 5 years, we are pleased to introduce our Repeal Reserve Straight Rye Whiskey.