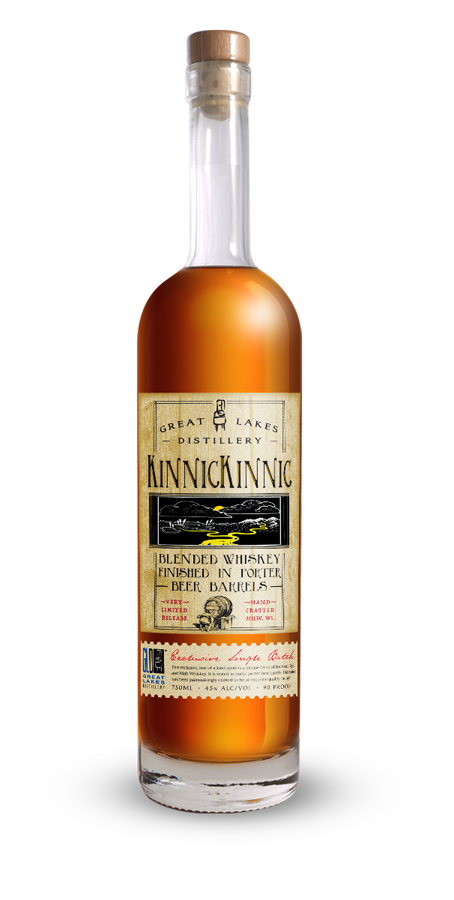 We took our award winning Kinnickinnic Whiskey and aged it in porter beer barrels for an additional 2 years.

While you may be familiar with beer aged in bourbon barrels, we decided to try a spin on this practice. We wondered what whiskey aged in beer barrels would be like? Delicious is the only word we can use to describe this whiskey.

The result is a smoother, richer and maltier Kinnickinnic Whiskey, with tasting notes of more honey than vanilla. The beer barrels are from Milwaukee, Wisconsin’s Milwaukee Brewing Company. Using their Admiral Stache Baltic Porter Beer barrels. Only two barrels were produced making this a very limited release – so hurry into the distillery to try this special version of our award-winning whiskey!