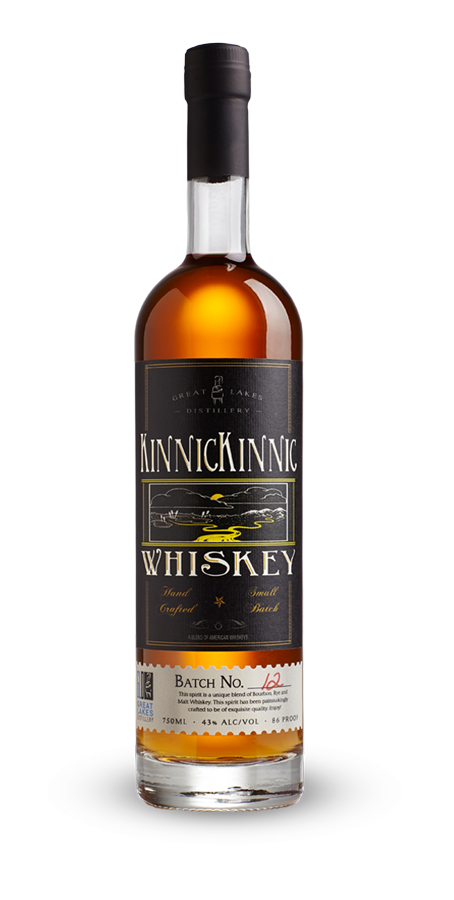 Kinnickinnic: [KIN-I-KUH-NIK] An Ojibwe word meaning “what is mixed”.

Our Kinnickinnic Whiskey is a blend of Straight Bourbon we have sourced from one of America’s finest distilleries and a Malt whiskey and a Rye Whiskey we produce here at Great Lakes Distillery. We bottle it at 86 proof and we don’t filter it so we can ensure ALL the very best flavor is making it into the bottle.

About the name- On the south side of Milwaukee we see Kinnickinnic everywhere- there is a main street through the Bay View neighborhood and a river named for it and several businesses include it in their name. To keep it quick and simple for locals and outsiders alike, many abbreviate it “KK” in writing and conversation. Kinnickinnic is an Ojibwe word meaning a blend or mix of tobacco and other plants.

What does this have to do with whiskey? Well, we think there are some pretty good analogies- Bourbon is often described as having a fresh tobacco like flavor, and like those Native Americans we found blending our “tobacco” with another plant (in our case malted barley and rye) produced a truly unique and delicious spirit. In our own experiments we have also determined this whiskey which is spectacular neat or with a few ice cubes is great mixed too!